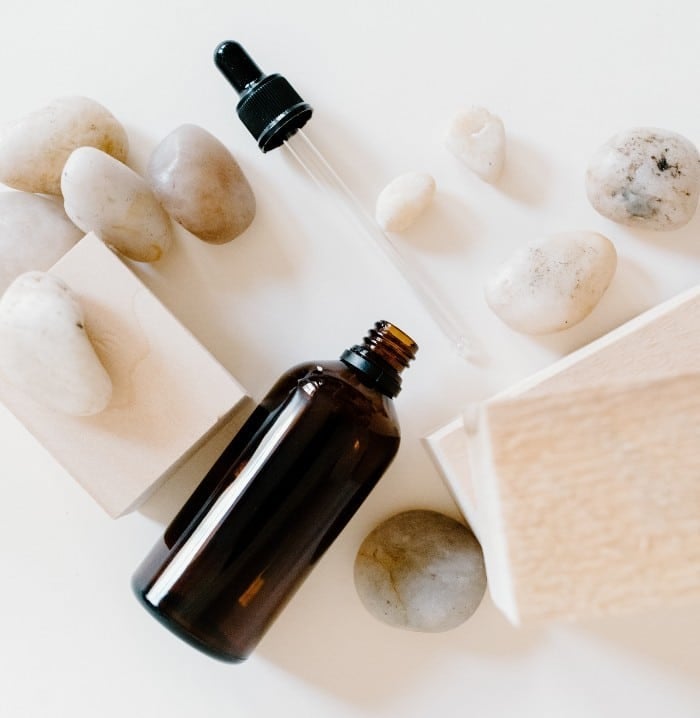 CBD has been shown to help with various medical conditions, including chronic pain, anxiety, migraines, and arthritis. But can it also help autoimmune diseases?

Autoimmune diseases occur when the immune system is triggered and mistakes the body’s healthy tissues as a threat.

While researchers understand the science of what is happening when an autoimmune disorder occurs, the reason behind why it happens isn’t always as clear.

With over 80 autoimmune diseases and disorders currently identified, this is a growing problem.

Because of the immunomodulating and anti-inflammatory effects of CBD, scientists believe that it could also help treat autoimmune diseases.

What is CBD and how does it work?

CBD (cannabidiol) is part of a group of compounds in the cannabis plant known as cannabinoids. These compounds interact with receptors in the Endocannabinoid System, a system designed to maintain homeostasis, or balance, in the body.

Over 100 different cannabinoids have been identified so far; the two most well studied are CBD and THC (tetrahydrocannabinol). CBD is a non-psychoactive cannabinoid, unlike THC, which produces mind-altering effects when ingested.

One of CBD’s main effects is its ability to reduce inflammation system-wide. This, coupled with its immunomodulating effects, is the reason why CBD seems to work for autoimmune diseases and disorders.

What is an autoimmune disease?

Your immune system works as your body’s natural defence system. It is a vast network in your body made up of various chemicals, proteins, organs, and white blood cells.

Its primary function is to protect you from anything that could cause illness, infection and disease – viruses, parasites, bacteria, and fungi.

The immune system is moderated mainly by certain cells, including T-cells. T-cells develop from stem cells in bone marrow and circulate the body, essentially looking for potential threats.

Autoimmune diseases occur when the immune system mistakingly identifies the body’s healthy tissues as a threat and responds accordingly by attacking those tissues.

This results in chronic inflammation, which is what some researchers believe to be the root of all autoimmune diseases.

There are still many unknowns about why the immune system decides to attack healthy tissues. Some scientists believe the reason could be hereditary, while others think it stems from infection, leaky gut syndrome, parasites, and many other conditions.

Doctors commonly treat autoimmune diseases with immunosuppressants, which suppress or shut down the immune system.

While this seems ideal to treat the issue at hand, long-term use of immunosuppressants weakens the immune system; this can ultimately cause more damage than good.

There are many different autoimmune diseases, and symptoms vary between them. At the bottom of them all, however, inflammation is one of the key underlying factors.

Here are some of the most common autoimmune diseases:

The Endocannabinoid System and the Immune System

The Endocannabinoid System (ECS) runs throughout our bodies and brains. It contains a vast network of cannabinoid receptors (CB1 and CB2) and plays a significant role in influencing other systems, including the immune system.

The ECS produces its own cannabinoids, called endocannabinoids, that interact with the receptors in the system.

The role of the Endocannabinoid System is to maintain homeostasis. The ECS keeps balance between our body systems and maintains harmony between them.

Through endocannabinoids, the ECS helps to modulate the immune system and is considered a major factor in doing so.

How can CBD help with autoimmune diseases?

Some scientists hold one theory that some autoimmune disorders are caused by Clinical Endocannabinoid Deficiency (CECD).

This is where the body doesn’t produce enough endocannabinoid on its own, and a lack of such starts to compromise other bodily functions and systems, including the immune system.

It isn’t just the immune system that is affected by CECD. Many other chronic disorders, including fibromyalgia, Crohn’s disease, chronic pain and inflammation, PTSD, and depression, are all thought to stem from a lack of cannabinoids.

When you supplement with CBD, it helps signal the Endocannabinoid System to produce more of its own natural cannabinoids.

Another way that CBD helps is by inhibiting the enzyme that breaks down endocannabinoids, allowing them to stay in the body for a longer period of time.

There are many ways that autoimmune diseases can be treated. All of them include therapies that produce immunoregulating effects in the body.

Along with dietary changes, cannabinoid therapy seems to be a safer and more effective, not to mention less damaging, course of treatment.

Cannabinoids like CBD produce immune-modulating effects and can help bring the immune system back in check.

Because of the nature of the Endocannabinoid System and how cannabinoids affect cells, this works in one of two ways.

Immunomodulating compounds like CBD can work to downregulate an overstimulated immune system; on the flip side, CBD can help to increase immune activity in a weakened or deficient immune system.

CBD may also help with autoimmune diseases by reducing the amount of damage caused by autoimmune attacks by increasing the production of the genes that directly combat oxidative stress.

This, coupled with slowed T-cell production (reduces the risk of the cells incorrectly identifying threats), makes CBD a very attractive compound in the fight against autoimmune disease.

CBD reduces inflammation in the body

There is a growing body of evidence that states inflammation is the cause behind most chronic conditions and may be the root cause for almost all diseases.

Countless studies have shown CBD to be a potent anti-inflammatory and may reduce the chances of an autoimmune attack by decreasing inflammation.

Traditionally, people use immunosuppressants to help combat these attacks, but long-term use shows that these drugs further weaken the immune system.

Because of the lack of significant side effects, many people are turning to CBD and other cannabis compounds to complement or even entirely replace their current autoimmune treatments.

Is CBD safe for autoimmune diseases?

Yes, CBD is generally considered safe to use for autoimmune diseases. Still, you should always speak with a health care professional before using this or any other medication or supplement, even over-the-counter medications.

CBD does interact with some medications and supplements; your family physician will be able to explain these and inform you of any possible conflicts.

What form of CBD is best for autoimmune diseases?

Since the introduction of CBD to the mainstream market, manufacturers have produced all sorts of different CBD products.

While the most popular way to take CBD is still CBD oil, there are many to choose from.

Here are some common forms of CBD:

CBD oils and tinctures are available in a variety of different strengths, flavours, and carrier oils. The oils come in bottles with a dropper cap attached for ease in dosing and administration.

These products are usually taken by mouth, underneath the tongue. This is because CBD absorbs into the blood vessels and sublingual glands under the tongue, known as the sublingual method.

CBD capsules are a convenient way to take CBD that takes the guesswork out of dosing and comes with no mess or risk of spillage.

They are a great way to take CBD if you are averse to the taste of CBD oil. They are odourless, flavourless, and easily swallowed with water.

Capsules come in all different strengths but have a lower bioavailability. This is because capsules need to pass through the digestive system before being processed by the liver and making its way to the bloodstream.

CBD gummies are another way to take CBD if you dislike the taste of CBD oils. Easy to chew and swallow, they come in various concentrations and flavours.

Like CBD capsules, gummies will take longer to feel the effects and also have a lower bioavailability rate.

Topical CBD products are used externally on the skin. These products are designed to target CB receptors in the skin and work by providing localized relief.

For autoimmune skin diseases like psoriasis, using a CBD topical combined with an oral CBD method, like oils or capsules, will help treat the condition both inside and out.

However, CBD topicals aren’t very bioavailable as they don’t enter the bloodstream; instead, they only react with the receptors on the skin.

A less common but very effective form is CBD patches.

CBD patches are a form of CBD topical product applied to the skin and typically left on for 24 hours.

They contain transdermal ingredients that allow the product to cross the skin barrier and enter the bloodstream, making them highly effective and bioavailable.

Vaping CBD or smoking/vaping the buds of the hemp plant is one of the fastest ways to feel the effects of CBD.

Despite this, vaping CBD remains controversial, and there is a lack of long-term studies on its safety.

How much CBD should you take to treat autoimmune diseases?

There are currently no recommended dosage guidelines for CBD. That said, studies show CBD to be well tolerated in humans in doses even up to 1500mg. You can’t really take too much CBD, though at higher doses the risk of side effects increases.

If you are new to CBD, it is recommended to take the low and slow approach. Start by taking a lower dose (5-10mg twice a day) and gradually work up to an amount that works for you and your symptoms.

The dose that helps you may not necessarily be the correct dose for someone else. Autoimmune diseases vary in their type and severity and may require more or less CBD, depending.

Speak with your doctor for advice and recommendations on which products and methods may work best for your health concerns.

Is CBD better than using immunosuppressants?

Immunosuppressants are drugs that are taken to suppress, or shut down, the immune system. This helps to prevent cell damage and inflammation due to an autoimmune attack.

Unfortunately, immunosuppressants aren’t without some risk. One of these is an increased risk of infection.

Because your immune system isn’t working as intended to ward off bacteria and infection, it is much easier to become sick.

Side effects of CBD

CBD comes with minimal risk to the user, and research show CBD as safe to take by everyone, young and old.

Most CBD users will never experience any side effects, and most are generally mild.

The side effects of CBD include:

CBD interacts with some prescription medications in the same way that grapefruit does; if your medication says don’t take it with grapefruit, the same will apply to CBD.

Always speak with a health care provider before introducing any new medications or supplements, including over-the-counter products like CBD.

Autoimmune diseases occur when the immune system attacks healthy tissues for no reason.

Treating an autoimmune disorder can be challenging and may require multiple approaches, including medications, supplements and lifestyle changes like getting enough sleep and dietary restrictions.

At its core, autoimmune disease is characterized by inflammation; it’s becoming more evident that CBD may have a significant role to play in treatment, though more research is necessary.