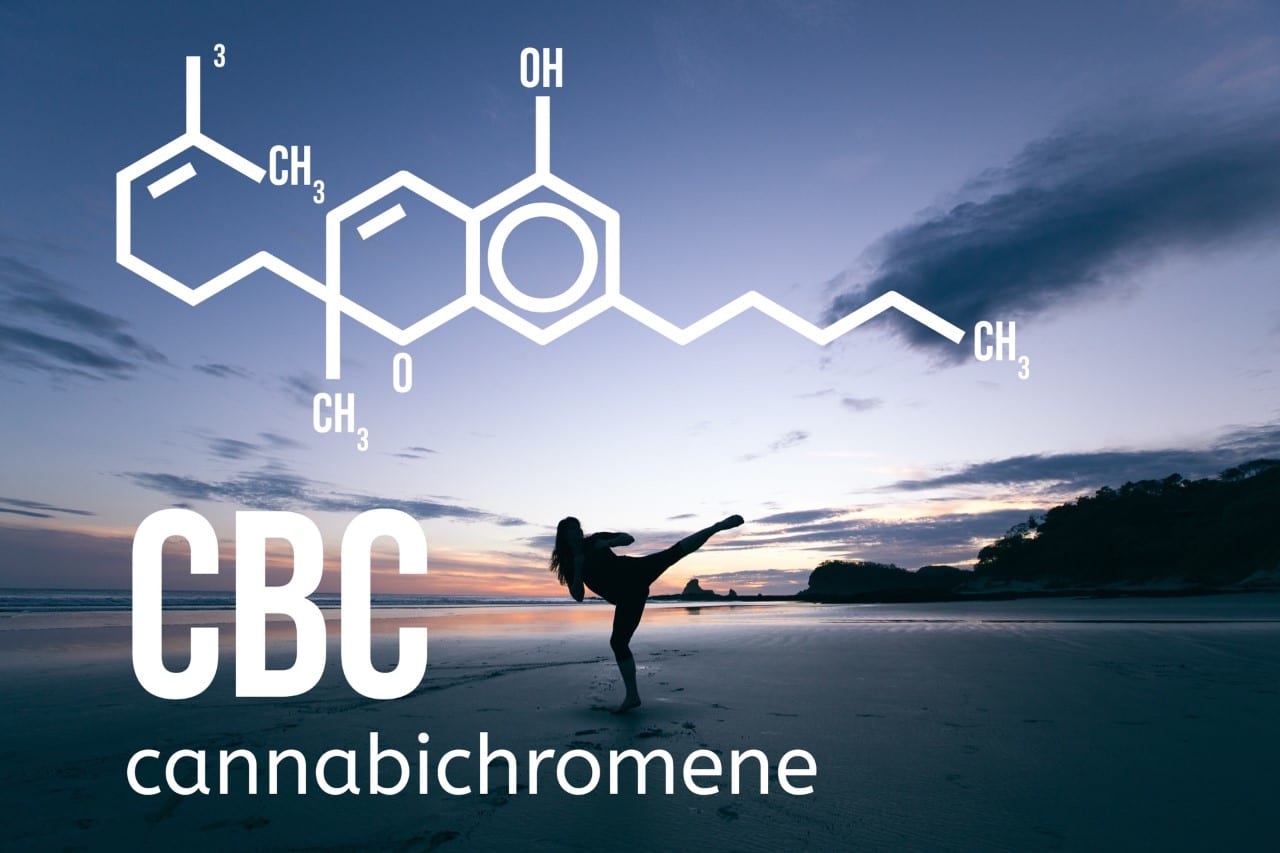 While the industry’s talk is primarily around CBD, minor cannabinoids like CBN (cannabinol) and CBG (cannabigerol) are starting to gain more popularity. Cannabichromene in Canada has flown under the radar until recently, but what exactly is CBC? How does it differ from the others, and what sort of benefits can it provide?

While we consider CBC to be a minor cannabinoid, scientists also consider it one cannabinoid with many potentials; its implications in the medical field are very promising. Research suggests that CBC may block pain receptors, ease symptoms of depression, fight acne, and may even be able to inhibit tumor growth and fight cancer.

This article will explore what cannabichromene is, how it works in the body, and how it contributes to the Entourage Effect.

CBC is short for cannabichromene, one of the over 100 minor identified cannabinoids found in the hemp plant. While CBD is a major one and is found in great quantities, minor cannabinoids like CBC are present in lower quantities. This makes them both harder to find on the market and more expensive to produce and extract.

Cannabinoids work in our bodies through the Endocannabinoid System, attaching to receptors found all along it; we call these CB1 and CB2 receptors.

CBC is a non-intoxicating cannabinoid, which means it doesn’t provide any psychoactive effects when you take it. It binds somewhat poorly to CB1 receptors but instead binds to other receptors in the body directly associated with pain perception.

When activated by CBC, these two receptors, the transient receptor potential ankyrin 1 (TRPA1) and vanilloid receptor 1 (TRPV1), naturally release more of the body’s own endocannabinoids like anandamide. Anandamide is considered the “bliss” molecule and is linked to mood, memory, pain perception, and depression, among other things. Higher levels of anandamide in the body show an increase in the pleasure response in certain studies.

This isn’t the only great thing that cannabichromene affects. As we learn more about it, the research suggests that CBC greatly increases the Entourage Effect.

Cannabichromene and the Entourage Effect

All cannabinoids contribute to the Entourage Effect, but what does that actually mean? Dr. Ethan Russo coined the term; a neurologist and pharmacologist who has thoroughly studied cannabinoids and other compounds. His research details how they affect not only us but each other as well.

When you take Full Spectrum CBD oil, for example, you’re not just taking in CBD. You also ingest all of the other cannabinoids, terpenes, and plant matter extracted from the hemp plant. Each one of these has a different role in the body and can influence how another one works.

Basically, when you use cannabinoids together, they provide a greater effect than if you were to use any of them by themselves. The Entourage Effect provides a synergistic, compounding effect that decreases if you start removing certain cannabinoids.

CBC plays a crucial role in the Entourage Effect. While we need more research in this area, studies show that it enhances the effects of other cannabinoids; This study here shows that when you combine CBC and THC, the anti-inflammatory results are much greater than either of them used separately.

If this study is any indication of what we’ll see in the future, cannabichromene could potentially be a game-changer for many looking to enhance the benefits of the other cannabinoids they are already taking.

The potential benefits of CBC

As mentioned, CBC isn’t just a one-trick pony that only increases the Entourage Effect. It’s got several great potential benefits that come along with it and the research to back it up.

Many Canadians are already using CBD to help fight their chronic pain, and the addition of CBC may increase these effects. Because CBC indirectly affects the Endocannabinoid System and instead binds strongly to TRPA1 and TRPV1, it can potentially block pain while reducing inflammation. Studies also show combining THC and CBC reduces inflammation greatly.

While CBG is still presenting as the cannabinoid that most strongly inhibits new cancerous cells’ growth, research shows that CBC is coming in a close second.

CBC is blazing a path with cancer research for another reason; when ingested, it increases anandamide’s uptake. This means that more anandamide stays in the bloodstream for longer. A study done on anandamide and cancer cells shows it to be effective at slowing breast cancer cells’ growth and has opened the door for more research in this area.

Almost a quarter of a million Canadians currently live with dementia, and estimates show this number growing exponentially by 2030. The studies done on CBC and mice show great promise in this area by positively affecting NSPCs (neural stem progenitor cells).

These cells are essential for good brain health and work by differentiating into astroglial cells; these are arguably the most important cells for brain health and function. Astroglial cells help counteract some of the most negative factors that directly tie into Alzheimer’s; this could be a huge breakthrough for future research.

One of CBD’s potential benefits is its ability to fight acne and decrease sebum production; it’s currently in use in many different CBD skincare and beauty products here in Canada already.

CBC shows potential in this area as well due to its anti-inflammatory and antibacterial properties. We need more research here, of course, but expect to see CBC become much more common in cannabinoid skincare products in the future.

Side effects of CBC

Because the research we currently have on CBC is limited, we don’t know the full side effect profile of this cannabinoid yet. As we gain more extensive insight on CBC in the future, we’ll have a better idea of how it affects us.

CBC is a cannabinoid that is hard to extract and produce in greater quantities; thus, companies commonly mix CBC into CBD oils.

As such, keep the following side effects of CBD as a guide:

CBC has not been approved for use in women who are pregnant or nursing. We recommend you always discuss the use of cannabinoids with your family doctor or physician before starting on any regime.

While it doesn’t seem like CBC will replace CBD oils and tinctures just yet, its implications on increasing the effects of other cannabinoids is exciting news indeed.

Cannabichromene in Canada is a territory that we are just beginning to explore. As we learn more about these minor cannabinoids, it’s becoming clearer that their effects on the Entourage Effect are significant.

Stay tuned for more information on CBC, and the addition of it to the shop!