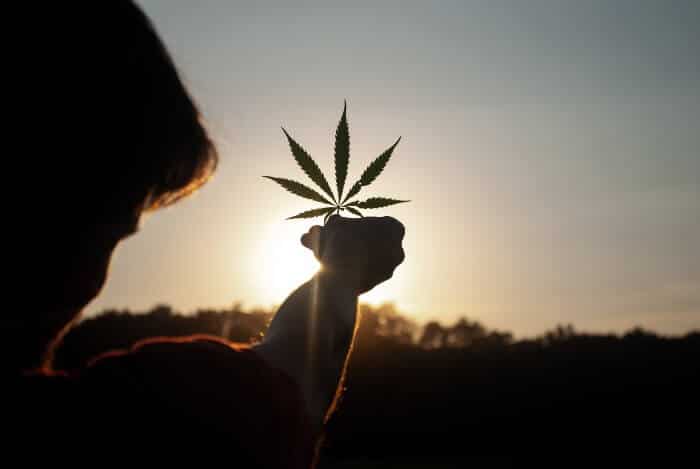 Terpenes are organic compounds in plants that emit a distinct aroma. They don’t just affect the flavour and scent; they may also have therapeutic benefits!

Terpenes can be found in many different plants, including cannabis. This article will discuss what terpenes are and the potential health benefits of terpenes in CBD oil.

You may have noticed that some strains of cannabis smell different than others; this is due to the terpenes within it. Terpenes are the organic compounds in certain plants that emit a distinct scent and can affect the strain’s flavour profile.

Terpenes can create a wide range of smells such as skunk, citrusy orange peel or even pine-like odours. However, terpenes may also have therapeutic benefits and have been used for centuries in traditional medicines and herbal remedies.

If you’ve ever looked at a bud off of a cannabis plant, you’ll see tons of tiny little hairs that are growing out of it. These are called trichomes, and they are full of cannabinoids as well as terpenes.

Trichomes are where the majority of cannabinoids and terpenes are produced, but since there is so much diversity in them, it’s not always easy to know what is what just by looking at a small bud off the plant.

Regular plants don’t produce terpenes in the same way that cannabis does. In a cannabis plant, the terpenes are created through the trichomes in the glandular hairs on its leaves and flowers.

Regular plants produce terpenes in a different way, typically through the plant’s resin.

While very similar, terpenes and terpenoids are not the same things.

Terpenes are hydrocarbons, which are compounds made of hydrogen and carbon. When cannabis is dried out and cured, terpene atoms are oxidized to become terpenoids.

Terpenes and terpenoids both contribute to the aroma, taste, color, and fragrance of cannabis plants.

Why do plants produce terpenes?

Plants have evolved to produce terpenes as a way to protect themselves from predators.

An example of this includes the eucalyptus tree, which produces terpenes to deter insects from climbing up the tree and eating their leaves.

Other plants that emit heavy scents such as lavender or basil often emit what is called an “essence” of their fragrance; in other words, it’s not just a pure scent they’re producing but also all sorts of different terpenes.

Flowers, in particular, have evolved to attract pollinators with strong smells like lilies and roses. However, some scientists say that plants use these chemical messengers for reasons beyond defence against predators―to find mates (or food).

The terpenes are also responsible for a plant’s oxygenation and regeneration.

Terpenes are not the same as cannabinoids

Though they both have potential medical benefits, terpenes are not the same as cannabinoids, but they are closely related in that terpenes can be found on cannabinoid plants like hemp or cannabis.

Terpenes are what give plants, including cannabis and hemp, their distinct scent profiles.

Cannabinoids are chemical compounds in cannabis that interact with the Endocannabinoid System in your body; these produce a wide range of different potentially therapeutic effects.

Terpenes and the Entourage Effect

Terpenes play a major role in the Entourage Effect. This is the idea that when you use cannabis, the combined effect of all these different compounds is what produces a unique therapeutic profile.

Terpenes work together with cannabinoids to produce synergistic effects and potentially increase efficacy.

There are hundreds of different terpenes in hemp plants; each has its own distinct scent profile and potential health benefits.

Certain types of cannabis plants produce different amounts and ratios of terpenes. While hundreds of different terpenes exist in plants, not all of them are found in significant quantities to provide any real benefits.

The most prominent ones include:

Can you guess what this one might smell like from just its name? Limonene is a terpene that has a citrusy, sweet smell like those found in lemons and oranges. Research shows that limonene may have some therapeutic benefits like stress relief and mood elevation, and some studies show its anti-inflammatory properties.

This terpene has a spicy, herbal smell like cloves and oregano. Studies show beta-caryophyllene to be an anti-inflammatory agent that may also reduce muscle spasms by interacting with the Endocannabinoid System. It also has antibacterial properties and may help to relieve anxiety and pain.

Like the smell of pine trees? Then Pinene is a terpene for you. Pinene has a strong, pine-like scent and research shows that it has anti-inflammatory properties, as well as a potential pain reliever, and may help with respiratory issues.

Linalool is a flowery, sweet-smelling terpene (think lavender). It’s also said to have sedative, anxiety-reducing effects and may help with insomnia.

Myrcene is one of the most common terpenes in cannabis and has a pleasant, earthy, and musky smell. This terpene is a sedative, analgesic herb that may help with sleep disorders like insomnia when combined with other terpenes.

Myrcene has been shown to have anti-inflammatory properties and can help with pain relief.

This terpene is found in smaller quantities and smells earthy and spicy. Humulene is known to have antibacterial properties, anticoagulative effects, and anti-inflammatory benefits.

Terpenes have been widely used for many different applications because of their purported benefits, including their ability to act as a natural anti-inflammatory agent.

Terpenes may also be used to reduce stress and anxiety without the side effects of drugs, such as reduced mental clarity or drowsiness from pharmaceuticals.

Some terpenes have been shown to help with mood disorders like depression by helping regulate serotonin levels in the body.

For example, lavender, which has high levels of linalool, is known for its stress-relieving and calming properties. Pinene may be used to relieve muscle spasms.

Some also use terpenes to treat anxiety, depression and PTSD; it s thought that terpenes help regulate the levels of neurotransmitters in the body that affect mood.

For example, limonene has been found to increase serotonin and is often used for its anti-depressant effects when inhaled or ingested orally.

Some terpenes like alpha-pinene have a distinct smell that may help boost cognitive function and memory, and beta-caryophyllene may reduce stress and may help relieve pain.

When combined with cannabinoids such as CBD oil, terpenes may be even more powerful agents against pain and inflammation than just using one alone; more research is necessary to fully understand the complete role of terpenes and how they work together with cannabinoids to provide potential health benefits.

High levels of terpenes in your CBD oil may be beneficial

CBD oil is extremely popular because of the cannabinoids it contains. But did you know that terpenes may also improve your health?

Terpenes are aromatic molecules found in plants all around us, and when added to your favourite CBD oil, they have a synergistic effect on how well it works for you.

We’re always looking for new ways to help our customers feel their best, so if you want to experiment with adding even more benefits into the mix, be sure to check out our terpene blends!